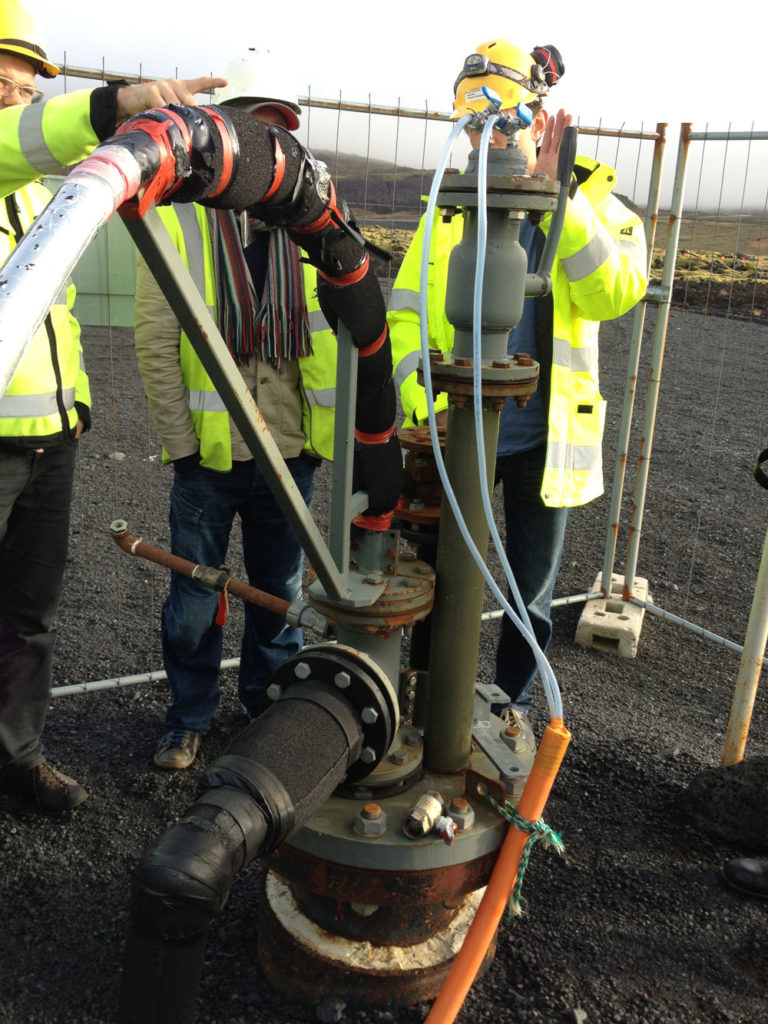 The CarbFix project is a research and industrial development project on capture and geological storage of gases emitted from the geothermal power plant of Hellisheidi, in Iceland.

CarbFix is unique among the geological storage projects of greenhouse gases worldwide since the captured gases are injected underground already dissolved in water leading to their very fast reaction and permanent mineralisation as calcium, magnesium and iron carbonates. CarbFix started in 2007 and it has been financially supported by the European Commission through the R&D frame programmes 7FP and H2020. The consortium is being led by Reykjavik Energy, and Amphos 21 actively contributes in the development of numerical simulations of the injection and geochemical reactivity of the gases, to predict the optimal conditions of mineralisation. The injection operation has been active since 2012 and the results show that more than 95% of the injected CO2 has been mineralised in less than 2 years, which are very promising news for reduction of greenhouse gas emissions